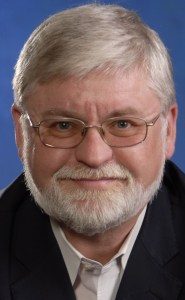 Dan Murphy was admitted to the Oregon State Bar in 1981 after graduating from Willamette College of Law. He practiced law in Lebanon, Oregon for seven years concentrating in family law, juvenile law and criminal law. He then served as a deputy district attorney in Linn County for seven years prosecuting criminal cases. In 1994 he was elected as circuit judge in Linn County and served in that capacity until his retirement in 2018. He is now a senior judge presiding in counties at the direction of the Chief Justice throughout Oregon on all types of cases.

In over 24 years as a circuit judge Dan Murphy heard thousands of cases in all types of law including criminal, family law, juvenile law, civil law, and probate law. He conducted hundreds of settlement conferences which operate much like mediation. From 2010-2018 he served as the Presiding Judge on the Linn County Circuit Court. He served on the Linn-Benton Mediation and Arbitration Commission for six years and served as chair of the Linn County Mediation and Arbitration Commission from 1999 to 2018.

In 2018 he opened his private mediation and arbitration practice to put over 37 years of experience in the law to help people settle and resolve their conflicts. In 2019 he became of counsel to Ivers and Miller in downtown Albany where he has a limited Family Law practice. His limited practice is in Unbundled Services.